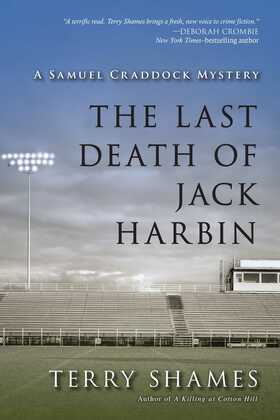 The Last Death of Jack Harbin: A Samuel Craddock Mystery

Small town mystery and veteran's issues collide as retired police chief Samuel Craddock investigates a murder. Right before the outbreak of the Gulf War, two eighteen-year-old football stars and best friends from Jarrett Creek signed up for the army. Woody Patterson was rejected and stayed home to marry the girl they both loved, while Jack Harbin came back from the war badly damaged. The men haven't spoken since. Just as they are about to reconcile, Jack is brutally murdered. With the chief of police out of commission, trusted ex-chief Samuel Craddock steps in--again. Against the backdrop of small-town loyalties and betrayals, Craddock discovers dark secrets of the past and present to solve the mystery of Jack's death.