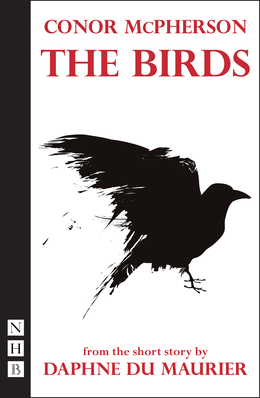 Mysterious masses of birds have begun to violently attack at high tide, driving strangers Nat and Diane to take refuge in an isolated, abandoned house by the sea and form a bond to survive their haunting new circumstance. With no electricity and scarce food, the tension is palpable and hope is waning.

Yet if two is company, three is a crowd, as the sudden arrival of a young woman with a mysterious nature of her own ruffles feathers in the house and quickly threatens to destroy their so-called sanctuary.

Conor McPherson's adaptation of The Birds premiered at the Gate Theatre, Dublin in September 2009.

'McPherson keeps us on the edge of our seat' Irish Times