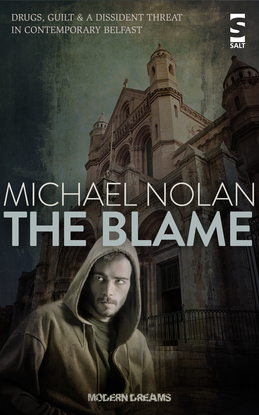 A young drug dealer wants to make amends for the death of a friend, but will he be executed before he can turn his life around? Michael Nolan was winner of the Avalon Prize 2011. 'The Blame is as good a debut as you will read this, or any, year. It doesn't just promise, it delivers, from the first line to the last.' —GLENN PATTERSON 'If you want to know about Belfast now, read this book.' —IAN SANSOM Donal, an unemployed twenty-three year old is trying to get to grips with his friend, Pearce, dying at the hands of the fatal Green Rolex ecstasy pills that have surfaced around the city of Belfast. Donal is conflicted, struggling more because it was he, Donal, who gave the pills out at a party in the early hours of the morning the day after Boxing Day. Fra McCusker, Pearce's uncle and member of a dangerous dissident paramilitary organisation who are wreaking havoc across the city, catches wind and is out to get Donal and make him pay for what he has done. It comes down to a decision that Donal must make between going on the run away from Belfast, his home, the place he feels is ingrained in him, or staying and facing the consequences of which he becomes aware — after a close encounter — will be a paramilitary style execution. From homeless drunks, to young men driven to immigration, political tensions and the ever present threat of violence, The Blame encapsulates the city of Belfast through the eyes of a problematic disillusioned young man in all its divisive complexity — download your copy now.