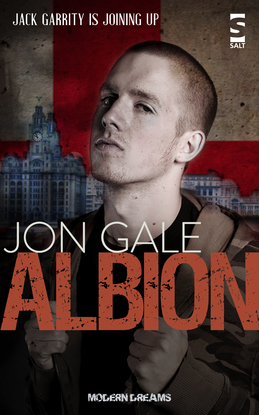 Can the EDL offer hope? Jack is joining up Jon Gale was winner of Writing on the Wall's 'Pulp Idol competition' in 2012. Jack Garrity is a disaffected, frustrated and damaged eighteen year old, growing up in twenty first century Britain. His search for identity leads him into the far right movement and the newly formed English Defence League. With the recent death of his mother and disintegrating relationship with his father, Jack finds a surrogate family and a purpose that he always sought after. Within this violent world Jack is forced to hide his sensitivity and his dream of becoming an architect. That is until he meets, Naomi, who reignites a spark within him. With Jack wishing to go to University and realise his ambition he must come to terms with his grieving father, the enigmatic Naomi and the bitter hold that Richie and the EDL have over him.Praise for Jon Gale and the Pulp Idol finalists 'Impressed me enormously' LUKE BROWN, Tindal Street Press 'Some of the most powerful and original prose I've read in a long time.' HELEN WALSH As Jack sees his friends buying into the EDL and their politics will he stay or go? Download the story now.