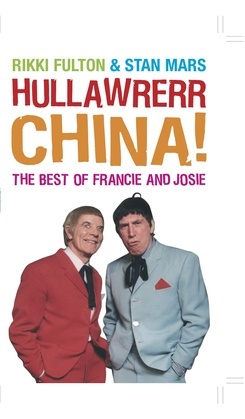 Francie &amp; Josie began their incredible career at the Alhambra Theatre in Glasgow in 1958. Originally brought to life by Stanley Baxter, it was to be the partnership of Rikki Fulton and Jack Milroy that brought Francie &amp; Josie fame and fortune. Enough to buy a few fish suppers, anyway. Hullawrerr China! is a collection of Francie and Josie's funniest moments from their many years in showbusiness - including the original version of the legendary Arbroath sketch. And as Francie &amp; Josie said themselves - 'we have perspired thegether to make a pair of spectacles of wurselves, foisted wurselves on a highly expectorant public and we are taking the opperchancity to present before your very eyes a production which for sheer hypocrisy and slite-of-hand will live forever in the annuals of all maternity.'