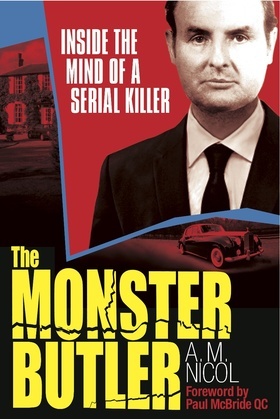 Archibald Hall was one of our most enigmatic criminals. A man of multiple personae, Hall became more widely known as Roy Fontaine, the Monster Butler. But how did this one-time petty thief from Glasgow end up fleecing the wealthy aristocracy in London and beyond before becoming one of Britain's most notorious serial killers? And, along the way, how did his story acquire such glitz and glamour? Convicted of murder in both Scotland and England in 1978, Hall quickly took the opportunity of being in the public spotlight to rewrite his past. He cultivated a more alluring version of his criminal past, using the celebrity names he had encountered in London along with his aristocratic contacts to romanticise his story, to the point where fact became lost in fiction. In The Monster Butler, A. M. Nicol now re-examines Hall's versions of events to reveal the true story of a fantasist who portrayed his actions as unavoidable but who, in reality, was a ruthless and devious killer.