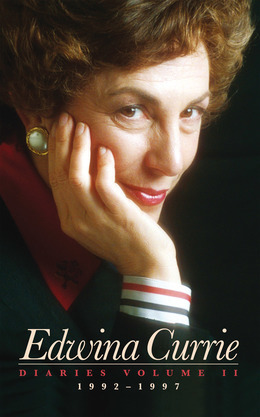 Never far from centre stage, Edwina Currie falls comfortably into that category of celebrity you simply cannot ignore. Her first published diaries explosively revealed an affair with former Prime Minister John Major. This second volume, which begins in 1992 with her refusal to serve in Major's government, is no less revelatory about her colleagues, encounters with others in the public eye and, of course, her extraordinary career. Honest, compulsive and of the moment, this collection covers her life in Parliament up to the election of Blair's Labour government, but more importantly sees Edwina's emergence as a mainstay in the public imagination, first as a bestselling author, then as a commentator, broadcaster, presenter and performer. Shot through with her trademark effervescence and sense of fun, this volume of diaries documents one of the biggest characters in British public life at her saucy, scathing best.