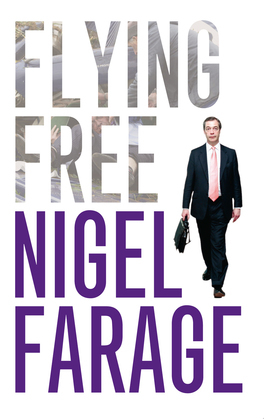 In an age of colourless bureaucrats, Nigel Farage is a politician who is impossible to ignore, provoking controversy and admiration in equal measure. A fun-loving iconoclast whose motto is work hard and play harderA", Farage's charismatic leadership and determination to battle the forces of anti-libertarianism have made him a Robin Hood figure to many, and propelled his party, UKIP, into a position of real power in the country. Never one for a quiet life, this paperback edition includes the story of Nigel's extraordinary escape from death in a plane crash on the eve of the 2010 general election (the light aircraft he was flying in got caught up in a UKIP banner it was towing and crashed shortly after take-off, badly injuring Farage and his pilot), his recovery and return to the leadership of UKIP in November 2010. Featuring sometimes hilarious and often terrifying encounters with a stellar supporting cast, including Tony Blair, Gordon Brown, Nicolas Sarkozy, Jose Manuel Barroso, and UKIP's short-lived, silver-gilt masco, Robert Kilroy-Silk - and told with Farage's customary wit and humour, Fighting Bull is a candid, colourful life story by a fascinating and controversial character. It also shows that one fearless, determined individual can still make a difference.