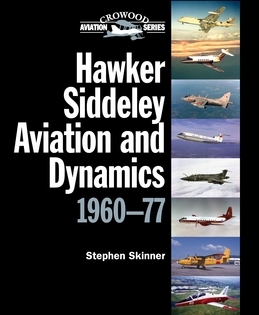 by Stephen Skinner (Author)
Buy for $44.64 Excerpt
Nonfiction Science and technics Technology & engineering Mechanics Aeronautics & astronautics Social science Transportation Aviation History
warning_amber
One or more licenses for this book have been acquired by your organisation details

Hawker Siddeley's history can be traced back to 1912 and the formation of the Sopwith Aviation Company by Tom Sopwith which metamorphosed into Hawker Aircraft after World War One. In 1934-35, Gloster, Avro, Armstrong Siddeley, Armstrong Whitworth and others were taken over to create the Hawker Siddeley Group. The Group built some of the most important aircraft and missiles of the 1960s, 1970s and beyond; its best-known products included the Harrier, Buccaneer, Nimrod and Hawk warplanes, Sea Dart missile and HS748 airliner. Its collaborative projects included the European Airbus and various satellite programmes. Hawker Siddeley was subsumed into British Aerospace in 1977, but some of its products still remain in service to this day. This is their story. Illustrated with over 400 colour and black &amp; white photographs, many of them previously unpublished.