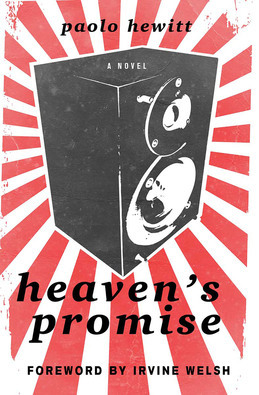 Description London, 1988, and the winds of change are blowing through the city, kicking up a storm. A gal pregnant and a DJ running for cover. The birth of the e generation and a race riot erupting. The Sheriff is trying to talk to Prince and Sammy the Foot is dancing up a treat. Everything was Tuesday until she quit without an explanation whilst a young Italian is looking to score and a mother is fighting off the fascists. Someone just dropped one and said 'it's as if we were in heaven' whilst outside the club a seven-month-old baby is crying hard. Heaven's Promise stands, still underrated, in the intersection of great modern London novels, between Absolute Beginners and Trainspotting - a tradition of youthful struggle and creative ambition embodied in a City of Dreams, a vision as potent in the rave culture of the late eighties as it was in the fifties - and as it is today. Praise for Heaven's Promise 'A soulful ride through the London of those heady days, a love letter to the city as much as a scene… indispensible, the Absolute Beginners of Acid House.' Irvine Welsh 'Heaven's Promise's evocation of late 80's London, its music, its club scene, its racial tensions and cultural signposts place Hewitt firmly in the rich lineage of great "London Novel" writers. This is the view from the inside… the authentic voice. Dig it.' Dr. Robert