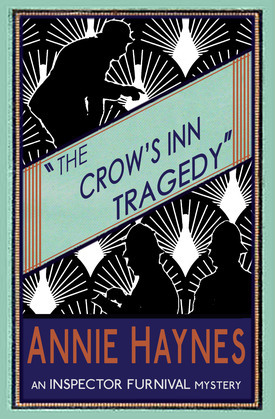 &lt;i&gt;“I cannot understand why Mr. Bechcombe apparently offered no resistance. His hand-bell, his speaking-tube, the telephone—all were close at hand. It looks as though he had recognized his assassin and had no fear of him.”&lt;/i&gt;&lt;br&gt;&lt;br&gt;The corner house of Crow’s Inn Square was the most dignified set of solicitors’ chambers imaginable. But this monument to law and order nonetheless becomes the scene of murder - when the distinguished lawyer Mr. Bechcombe, despite giving strict instructions not to be disturbed, is strangled in his own office.&lt;br&gt;&lt;br&gt;Inspector Furnival of Scotland Yard has to wrestle with fiendish clues, unearth priceless gems and tangle with a dangerous gang before he can solve this case, his third and final golden age mystery. Originally published in 1927, this new edition is the first printed in over 80 years, and features an introduction by crime fiction historian Curtis Evans.&lt;br&gt;&lt;br&gt;“What could be better to whet the appetite of the mystery-loving reader? A capital piece of work... exactly the sort of mystery story that everyone is asking for and will eagerly devour.” &lt;i&gt;Sketch&lt;/i&gt;