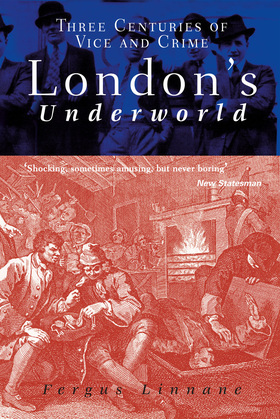 London’s Underworld takes us on the nightmarish last journeys of condemned criminals to the gallows at Tyburn. We enter death-trap eighteenth century prisons, one of which the novelist Henry Fielding described as a ‘prototype of hell’. We walk the crowded streets of Victorian London with its swarms of prostitutes and follow the ingenious villains who carried out the first great train robbery in 1854. We see the rise and fall of the interwar racecourse gangs and the bloody battle for control of the Wes End. This fascinating book illustrates how crime in the capital has evolved from the extreme violence of the early eighteenth century to the vastly more complex and lucrative, but no less brutal, gangland of today.