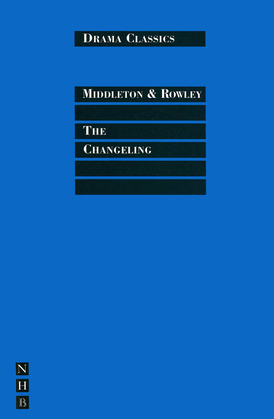 <p>The NHB Drama Classics series presents the world's greatest plays in affordable, highly readable editions for students, actors and theatregoers. The hallmarks of the series are accessible introductions (focussing on the play's theatrical and historical background, together with an author biography, key dates and suggestions for further reading) and the complete text, uncluttered with footnotes. The translations, by leading experts in the field, are accurate and above all actable. The editions of English-language plays include a glossary of unusual words and phrases to aid understanding.</p> <p><em>The Changeling</em> is Middleton and Rowley's masterpiece. A tale of murder, lust, seduction and blackmail in the seventeenth century.</p> <p>Alsemero has fallen in love with the beautiful Beatrice after a chance meeting in a church - but Beatrice has already been promised to another man. Unable to marry the man she loves, she employs the hated De Flores, her father's servant, to murder the man her father bids her marry. As payment, De Flores demands Beatrice. And then things get worse...</p> <p>Edited and introduced by Trevor Griffiths.</p>