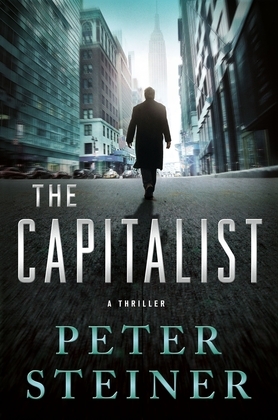 St. John Larrimer was a well known Wall Street investment banker who had earned returns for his wealthy clients that exceeded even their fondest hopes. But it turns out that the returns existed only in St. John's imagination. By the time his staff and associates were detained and questioned, St. John had disappeared.

Louis Morgon, a long retired CIA operative now living in France, had a little money invested with a money manager who was also taken in by Larrimer. Louis thinks that he can figure out a way to bring Larrimer to account. Of course, some of Larrimer's victims were themselves villains, for instance the Russian mobsters whose wealth constituted the main holdings of the Swiss Eisener Bank.

So Louis, with a motley band of helpers and the Russian mob on his tail, sets out to find Larrimer and bring him to justice.

Compelling, arresting, and complex, The Capitalist is a thriller that will appeal to fans of John le Carre and Graham Greene.