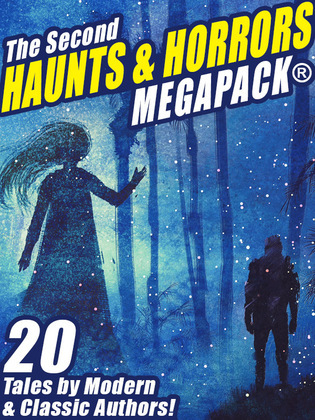 Welcome to another wide-ranging collection of dark fantasy and horror stories. From familiar classics to rare pulp stories, from the Victorian era to contemporary tales, there's something here for every taste. Included are:

GARAGE SALE, by Janet Fox
SOULS OF THE DAMNED, by John D. Swain
JOHNNY ON THE SPOT, by Frank Belknap Long
THE HAUNTED CHAIR, by Richard Marsh
THE UPPER BERTH, by F. Marion Crawford
A BIT OF THE DARK WORLD, by Fritz Leiber
THURNLEY ABBEY, by Perceval Landon
THE ARMLESS MAN, by W. G. Litt
LIVE EVIL, by Emil Petaja
THE ANABE GIRLS, by A. R. Morlan
THE HOUSE ON THE CLIFF, by William J. Wintle
A LITTLE LIGHT READING, by Robert Reginald
SECOND NIGHT OUT, by Frank Belknap Long
LIQUID SKIN, by Gareth Owens
THERE IS A REAPER..., by Charles V. De Vet
THE NEW GODS OF THE LOST CHILDREN, by Jason Andrew
THE WATCHING EYES, by Robert Moore Williams
THE HAUNT, by Manly Banister
ON THE ARRIVAL OF THE MACHINE AND ITS MODE OF OPERATION, by Roger Williamson
SERAPION, by Francis Stevens