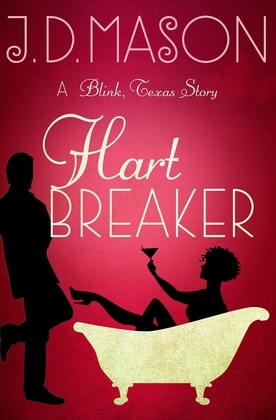 The only thing hotter than Texas is the romance in J. D. Mason's brand-new e-series!

Farrah Hart has made her escape. Running from a violent ex, she finds her way home to Blink, TX. With nothing but the clothes on her back, Farrah hopes to lay low at her abandoned childhood home until she can get back on her feet. But when an eviction notice comes in the most dangerously handsome of packages, Farrah might just need someone to lean on after all...

Jackson Burris can't believe Farrah is in his house. The last thing he ever expected to see was the gorgeous girl all the Texas boys-including him-crushed on years ago, standing in the doorway. But she needs a place to stay that isn't a run-down house, and his place is much cozier, much hotter. But as the nights grow darker with passion, demons from both their pasts close in, and Farrah and Jackson have to give in to love, in order to not break apart.