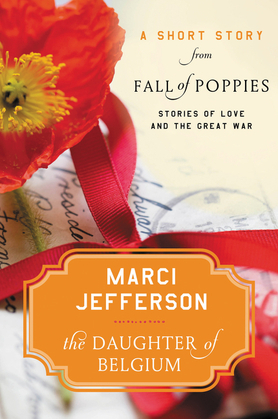 The Daughter of Belgium

An extraordinary short story from Marci Jefferson, author of Girl on the Golden Coin, about the fierce determination of one young mother to save her child, and her herself, as World War I comes to a perilous end.

There is only patient left at the Institut Cavell. After having her life ripped apart in every imaginable way by the Germans who have occupied Brussels, having to care for this enemy soldier is Amélie’s worst nightmare. But the note of recognition in the shell-shocked man’s eyes when she speaks makes her wonder. As whispers of rebellious soldiers overthrowing the Kaiser grow louder and louder every day, Amélie will have to trust in the man she believes to be her enemy and risk everything she has to fight for the promise of a new life.

Originally published in the moving collection Fall of Poppies: Stories of Love and the Great War, this e-book also includes an excerpt from Jefferson’s novel Enchantress of Paris, available now.