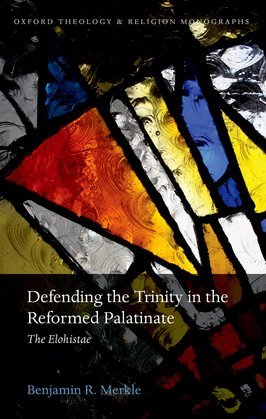 Defending the Trinity in the Reformed Palatinate: The Elohistae

This study begins with an examination of Girolamo Zanchis De Tribus Elohim (1572), setting this important defense of the doctrine of the Trinity in the immediate context of the recent rise of antitrinitarianism within the Reformed Palatinate. De Tribus Elohim focused on the grammatical peculiarity of the Hebrew word Elohim (God) in order to refute the biblicism of its contemporary antitrinitarians. In doing so, Zanchis argument followed anexegetical thread common within the late medieval case for the doctrine of the Trinity, but which ran contrary to the exegetical sensibilities of many of Zanchis own Reformed colleagues. This disagreement over the correct interpretation of the word Elohim, then became a touchstone for distinguishing between two differentapproaches to the Hebrew text with the Reformed Church of the late sixteenth century, and becomes a significant piece in understanding the development of Reformed exegesis.