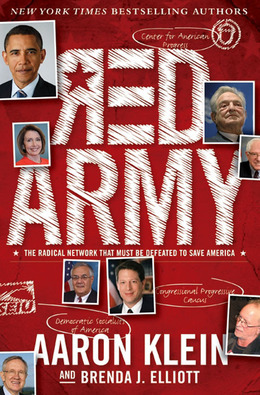 Red Army: The Radical Network That Must Be Defeated to Save America

In Red Army, Aaron Klein and Brenda J. Elliot—bestselling authors of The Manchurian President—expose the nexus of radical socialist groups shaping the presidential agenda of Barack Obama and reveal how their plan to transform America is already well underway. A truly eye-opening work of investigative reporting, Red Army is filled with startling revelations about Obama’s healthcare legislation, the shocking misuse of federal stimulus money, the existence of a powerful “Marxist-socialist” bloc in Congress, and much more. It is a book that every concerned American must read.