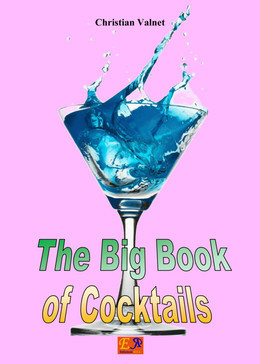 The Big Book of Cocktails

A cocktail is a drink obtained by a proportionate and balanced mixture of different alcoholic ingredients, no alcohol and aromas.

A well-executed cocktails must have structure, flavor and color balanced; if you performed without the use of alcohol component is called non-alcoholic cocktail.

The cocktail may present inside the cup of the ice, not present at all (as some cocktails winter such as grog), or it can be only cooled with ice.

A particular class of cocktails is constituted by the shot, small cocktail that may have all the characteristics of a normal and cocktails are served in two types of glasses, the shot and bite.

To prevent the abuse of both fictitious names of cocktails is unauthorized modifications to cocktails known, the International Bartenders Association (IBA) has codified 60 to which each year are added or eliminated other cocktails.

The International Bartenders Association, founded on Feb. 24, 1951 in the Saloon of the Grand Hotel in Torquay, United Kingdom, is an organization of barman. The organization is also in charge of drawing up the list of IBA Official Cocktail.

November 25, 2011 was the official new list of cocktails IBA which at the moment are 77, divided into three categories:

In addition to the list of 77 cocktails made official on Nov. 25, 2011 by IBA, there are a myriad of other cocktails that still deserve to be mentioned for both their previous membership in the above list, it is because they have been served in all the bars in the world; mention, just as an example: Gibson, Czarina, Alaska, Grand Slam, Old pal, Gin and french, Bronx.