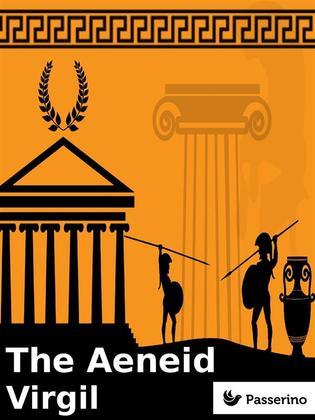 "The Aeneid" is a Latin epic poem, written by Virgil between 29 and 19 BC, that tells the legendary story of Aeneas, a Trojan who travelled to Italy, where he became the ancestor of the Romans. It comprises 9,896 lines in dactylic hexameter. The first six of the poem's twelve books tell the story of Aeneas's wanderings from Troy to Italy, and the poem's second half tells of the Trojans' ultimately victorious war upon the Latins, under whose name Aeneas and his Trojan followers are destined to be subsumed.

Publius Vergilius Maro (October 15, 70 BC – September 21, 19 BC) usually called Virgil was an ancient Roman poet of the Augustan period. He is known for three major works of Latin literature, the Eclogues (or Bucolics), the Georgics, and the epic Aeneid. A number of minor poems, collected in the Appendix Vergiliana, are sometimes attributed to him.