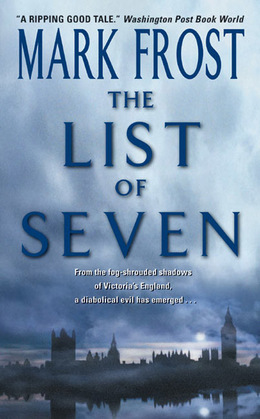 As the city of London slumbers, there are those in its midst who conspire to rule the world through the darkest and most nefarious means. These seven, seated in positions of extraordinary power and influence, marshal forces from the far side to aid them in their fiendish endeavor.

In the aftermath of a bloody séance and a terrifying supernatural contact, a courageous young doctor finds himself drawn into a malevolent conspiracy beyond human comprehension.

The future is not safe, as a thousand-year reign of pure evil is about to begin, unless a small group of stalwart champions can unravel the unspeakable mysteries behind a crime far more terrible than murder.