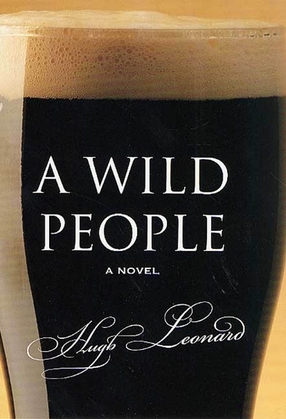 This rich, mature novel follows a few years in the life of T. J. Quill, a middle-aged Dubliner trapped in a passionless marriage, who is soon lured into an affair with the voluptuous Josie, a woman he only half-understands. Meanwhile, through a doomed friendship with a producer named "Thorn" Thornton, Quill becomes embrangled with a staging of a Plautus satire (retitled Lust). It's a memorable production which premieres outdoors, at night, during a hurricane.

But just when Quill's career seems on the skids, it receives a much-needed boost when he is hired as the archivist to the late, great Western filmmaker, Sean O'Fearna, and finds himself matching wits with the director's flamboyant and feckless widow.

This is a darkly comic tale of fluctuating friendships and rivalries on Dublin's creative fringes that makes subtle jabs at people's desire to reinvent themselves. Hugh Leonard has written an extraordinary first novel about marriage, adultery, friendship, and a lifelong love of film. A Wild People is a brilliant, modern novel of manners by one of Ireland's most prominent and popular playwrights.