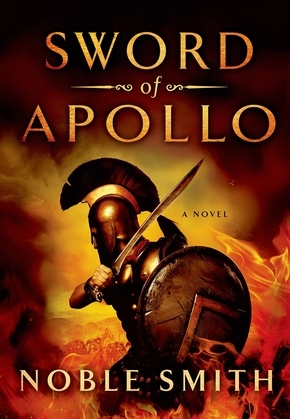 "Noble Smith brings the gory political struggles of fifth-century [B.C.] Greece vividly to life in a way that I haven't seen since the novels of Mary Renault. A superb historical novel by a master storyteller."?Angus Donald, author of Warlord, on Spartans at the Gates.

Nikias of Plataea has survived battle, shipwreck, and torture. But now the young warrior must face his greatest challenge: leading the people of his city-state on a desperate exodus to Athens while being hunted down by the largest Spartan expeditionary force in history.

From the burning forests of the legendary Mount Kithaeron, to the plague-ridden streets of Athens, to the dreaded Prison Pits of Syrakuse, Nikias has to use his fists, sword, and wits to defeat his enemies, and bring aid to a citadel cut off from the rest of the world by merciless invaders.