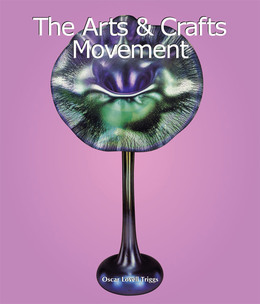 “Have nothing in your house that you do not know to be useful, or believe to be beautiful.” This quote alone from William Morris could summarise the ideology of the Arts & Crafts movement, which triggered a veritable reform in the applied arts in England. Founded by John Ruskin, then put into practice by William Morris, the Arts & Crafts movement promoted revolutionary ideas in Victorian England. In the middle of the “soulless” Industrial Era, when objects were standardised, the Arts & Crafts movement proposed a return to the aesthetic at the core of production. The work of artisans and meticulous design thus became the heart of this new ideology, which influenced styles throughout the world, translating the essential ideas of Arts & Crafts into design, architecture and painting.