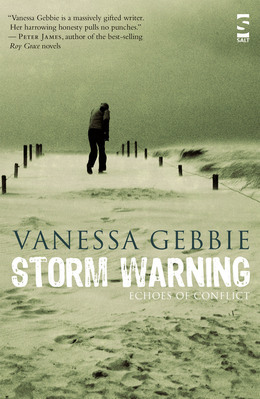 Storm Warning is the latest collection from award-winning writer Vanessa Gebbie, described as "??prodigiously gifted"?? by novelist Maggie Gee. It explores the echoes of human conflict in a series of powerful stories inspired by life with the author"??s own father, who fought and was decorated in WWII, but suffered the after-effects for the rest of his life. Conflict is often explored from the child"??s perspective and ranges from conventional warfare to historical religious persecution. War veterans are haunted by events that echo louder and louder, and eventually break them. A prisoner sees the violent execution of a friend and mentor, a boy hides from a necklacing, a young student escapes the fighting in Iraq in the hope of continuing his education in the West and a woman tells what she knows of her parents"?? torture. The people in these stories are not those who go down in history, but ordinary troops, the powerless, caught up involuntarily. All are tested, sometimes to breaking point, in this extraordinary collection as Gebbie explores the surreality of conflict and the after-effects of atrocity.