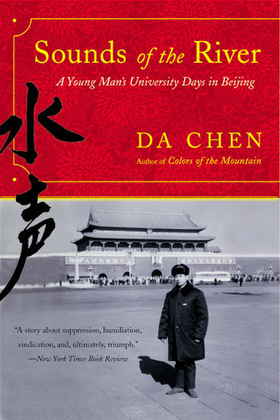 Sounds of the River: A Memoir

From the bestselling author of Colors of the Mountain—an engrossing, gloriously written coming-of-age saga that picks up where that book left off—in Beijing during China’s Cultural Revolution

In this "equally beguiling sequel to his acclaimed memoir" (Kirkus Reviews), teenager Da Chen takes his first train ride away from the farm he was raised on to his new university life in Beijing. He soon faces a host of ghastly challenges, including poor living conditions, lack of food, and suicidal roommates. Undaunted by these hurdles, and armed with a dogged determination to learn English and "all things Western," he competes to win a chance to study in America—a chance that rests in the shrewd and corrupt hands of the almighty professors.

Poetic, hilarious, and heartbreaking, Sounds of the River is a gloriously written coming-of-age saga that chronicles a remarkable journey—a travelogue of the heart.