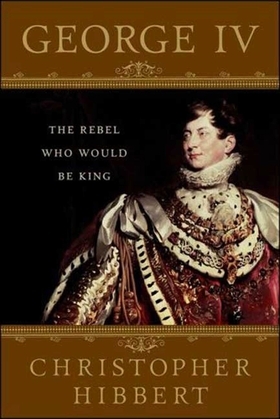 George IV: The Rebel Who Would Be King

Hibbert delivers a superbly detailed picture of the life and times of George IV including his exorbitant spending on his homes, his clothes, and his women; his patronage of the arts; his 'illegal' marriage to Catholic Mrs Fitzherbert, and lesser known facts such as his generous charity donations andhis witty one-liners, including one he uttered when he met his bride-to-be (Caroline of Brunswick) for the first time: 'Harris, I am not well, fetch me a brandy.' George IV was the son of George III (whowent insane and inspired 'The Madness of King George') and was the founder of the prestigiousKing's College in London.