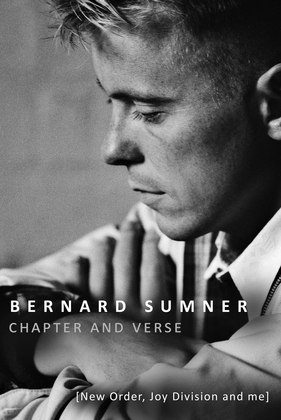 Bernard Sumner pioneered the post-punk movement when he broke onto the scene as a founding member of Joy Division, and later as the front man of New Order. Heavily influencing U2 and The Cure while paving the way for post-punk revivalists like Interpol, Sumner's has left an indelible mark on punk and rock music that endures to this day.

Famously reluctant to speak out, for the first time Sumner tell his story, a vivid and illuminating account of his childhood in Manchester, the early days of Joy Division, and the bands subsequent critical and popular successes. Sumner recounts Ian Curtis' tragic death on the eve of the band's first American tour, the formation of breakout band New Order, and his own first-hand account of the ecstasy and the agony of the 1970s Manchester music scene.

Witty, fascinating and surprisingly moving, Chapter and Verse is an account of insights and spectacular personal revelations, including an appendix containing a complete transcript of a recording made of Ian Curtis experiencing hypnotic regression under the Sumner's amateur guidance and tensions between himself and former band member Peter Hook.