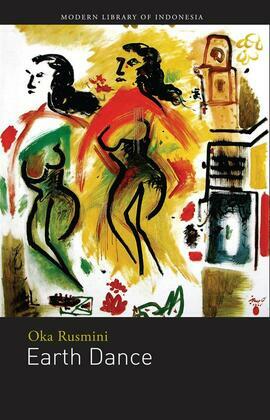 Earth Dance, the story of four generations of Balinese women, centers on conflicts that arise between the demands of caste and personal desires.Narrated by Ida Ayu Telaga, a Balinese woman in her thirties, the novel shows Balinese women—as depicted by her mother, grandmother and female peers—to be motivated by two factors: the yearning to be beautiful, and the desire for a high-caste husband. Headstrong Telaga defies her mother’s wishes and marries the man of her dreams, who is a commoner. Thus, in a reversal of societal expectations, as shown in the novel by images of women who aspire to “liberation” through “marrying up”, Telaga’s emancipation is implicitly characterized as a move downwards, through transformation to the status of a commoner. Earth Dance also reveals that—like high-caste status—beauty, too, has a price. Behind the thick, glossy hair and golden complexion, lies a web of jealousy, derision and intrigue. Telaga, whose life is controlled by her mother’s avarice, her mother-in-law’s bitterness and the greed of her sister-in-law, has frequent cause to wonder: “Is this what it means to be a woman?”