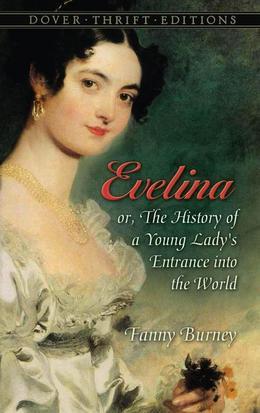 Evelina: or, The History of a Young Lady's Entrance into the World

Good-looking, kind-hearted Evelina Anville has grown up in rural obscurity as the ward of a country parson. At the age of seventeen, she begins her progress from provincial life to fashionable London ― a transition that's complicated by vulgar relatives and her own naiveté. Evelina's shrewd intelligence, however, perceives the hypocrisy behind the refined façades as she learns to balance the honesty and simplicity of her upbringing with the sophisticated etiquette of high society.
Written in the form of letters, this 1778 novel offers an intimate look at coming-of-age among England's eighteenth-century upper crust. Evelina's comic misadventures provide a subtle commentary on some of the problems faced by her contemporaries, from women's limited roles to class snobbery and prejudice. Fanny Burney's witty approach to manners and mores was a significant influence on Jane Austen, and her deft combination of satire, sentimentality, and farce provides sparkling entertainment.