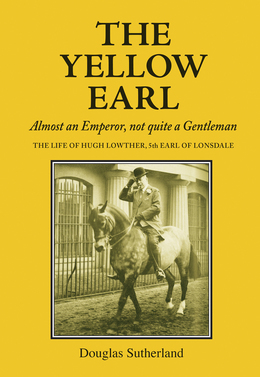 The 5th Earl of Lonsdale, Hugh Lowther, was perhaps the most famous English Lord in the world by the 1880s. His reckless spending of his vast fortune, his womanising, his love of fast-living, horses, hunting and boxing rocked the Edwardian aristocracy and has endeared him to risk-takers and bon-viveurs the world over ever since. As a penniless, wayward, younger son who had not expected to inherit, Hugh had joined a travelling circus for a year after leaving Eton, then moved on to America, spending months buffalo-hunting. He pawned his birthright to make his fortune from cattle ranching in Wyoming and was practically destitute when the scheme failed. But then his older brother unexpectedly died, Hugh took both the title and the vast fortune that went with it, and the rest is history: a close friend of Edward VII, a great public benefactor and an unforgettable showman in everything he did, his biography is a pacey, elegant and fascinating tribute to one of aristocracy’s greatest eccentrics.