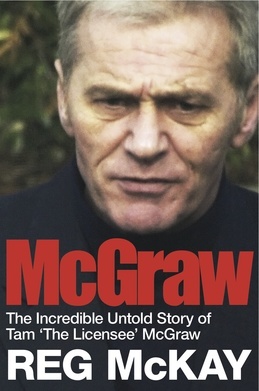 <div>Tam McGraw was one of Glasgow&#8217;s most dangerous gangsters. He rose from poverty in the city&#8217;s East End to amass a vast fortune from crime and, when he died in 2007, his empire stretched from Glasgow to the Canaries. When he was alive, few would talk openly about the man known as &#145;The Licensee&#8217;. But now his incredible, untold story can finally be revealed. Real stories about the time McGraw cheated The Godfather, risking his life to end a dynasty. How he was behind the UK&#8217;s biggest coke heist and who paid the price. Who killed the six Doyles in the Ice Cream Wars. Why the BarL Team was never caught even with MI5 on their case. Armed jail breakouts &#150; who arranged them, who grassed them. There are hit contracts, backstabbings, vendettas and scores to settle with everyone from The Godfather to The Devil, M Family, Specky Boyd and Paul Ferris. McGraw did all that and much more yet was never caught. Why? He was The Licensee. Licensed to Commit Crime.</div>