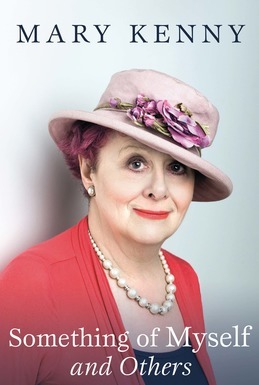 Something of Myself and Others

We are all witnesses of our time, and this is something of a witness to mine.' Something of Myself and Others is a fascinating collection of articles and reflections on the public and private life of one of Ireland's best known journalists. Detailing memorable events in her life, as well as those she has witnessed in Ireland's recent history, Mary Kenny recalls her experiences with humour and charm. In this collection of articles, some of which have appeared previously in a number of newspapers and magazines, Kenny reflects on the people she has known, the places she has been and the experiences that have shaped her. Something of Myself and Others is a wonderfully varied and entertaining read. In it, Mary chronicles her adventures as a young ambitious journalist through to her current personal challenges with illness and loss. She recalls bringing down a Cabinet minister aboard the Queen Mary, introducing Irish president Michael D. Higgins to his wife, interviewing Grace of Monaco and Marlene Dietrich and being complimented by the Queen. She talks with great heart about the absent friends that have influenced her, such as Terry Keane, June Levine and Maeve Binchey. She gives her account of the now infamous trip to Belfast aboard the contraception train, as well as some reflections on culture, religion and Irish society. Alongside stories of the famous faces she has encountered, Mary also writes candidly on the loss of her sister, Ursula and her recent experience as primary carer for her husband, Richard. Something of Myself and Others is not an autobiography. Instead, Mary Kenny has assembled a refreshing collection of articles that are sometimes funny, often poignant and always sharply perceptive, giving a wonderful insight into the life of one of Ireland's most prolific journalists.