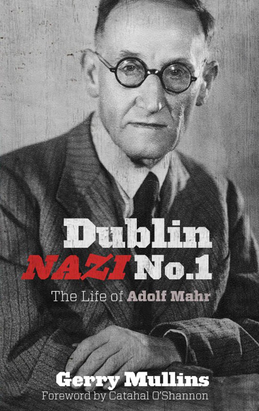 de Gerry Mullins (Autor)
Comprar por 15,19 $ Extracto
No Ficción Historia Historia por país Europa Irlanda
warning_amber
One or more licenses for this book have been acquired by your organisation details

In the 1930s, Dr Adolf Mahr was head of the National Museum of Ireland, where he earned the title 'the father of Irish archaeology'. He was also the head of the Nazi Party in Ireland, and was dubbed 'Dublin Nazi No. 1'. Under pressure from Irish and British military intelligence, he left for Germany shortly before the outbreak of war in 1939, never to return. To this day, he is considered in some circles to have been a spy who used his position at the museum to help prepare Germany's invasion plan of Ireland. During the war, he became director of Irland-Redaktion, the German propaganda radio service that broadcast into neutral Ireland. He was later arrested and tortured by the British, and upon his release tried to return to Ireland, but to no avail. He remains one of the most controversial figures in twentieth-century Irish history.