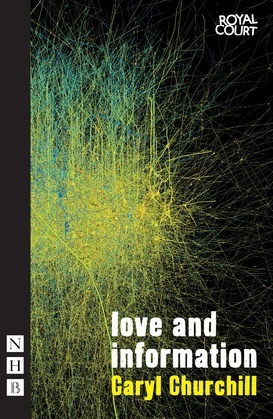 <div><p>A stunningly ambitious work from one of the UK's most influential playwrights.</p> <p>Someone sneezes. Someone can&#8217;t get a signal. Someone shares a secret. Someone won&#8217;t answer the door. Someone put an elephant on the stairs. Someone&#8217;s not ready to talk. Someone is her brother&#8217;s mother. Someone hates irrational numbers. Someone told the police. Someone got a message from the traffic light. Someone&#8217;s never felt like this before.</p> <p>In this fast-moving kaleidoscope, more than a hundred characters try to make sense of what they know. Premiered at the Royal Court in September 2012.</p> <p>'This exhilarating theatrical kaleidoscope... What is extraordinary about Churchill is her capacity as a dramatist to go on reinventing the wheel' <I>The Guardian</I></p> <p>'The wit, invention and structural integrity of Churchill's work are remarkable... She never does the same thing twice' <I>The Telegraph</I></p> <p>'A wonderful web of complex emotions, memories, secrets and facts' <I>A Younger Theatre</I></p></div>