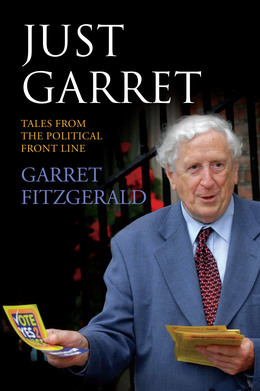 by Garret FitzGerald (Author)
Buy for $11.39 Excerpt
Nonfiction Biography & autobiography Political
warning_amber
One or more licenses for this book have been acquired by your organisation details

InJust Garret, Dr. FitzGerald writes frankly about his upbringing, his parents, his involvement in the Independence movement, their disagreements about the Treaty, his early years in school and college and his gradual entry into politics. He reflects honestly on his time as minister for Foreign Affairs, and later on his tenure as Taoiseach.The book includes new material and opinion on key figures such as Charles Haughey, Margaret Thatcher and John Major, as well as his role in the emerging peace in Northern Ireland, Ireland's role in the EU and Garret's advocacy in the referendas on the European Union also feature. His memoir gently lifts the layers of his public life back to reveal a much-cherished family life and the huge influence his wife Joan had on his career, rendering a portrait of an informal, humane and witty person who was an ever compelling voice in Irish public affairs right up until his passing in May, 2011.