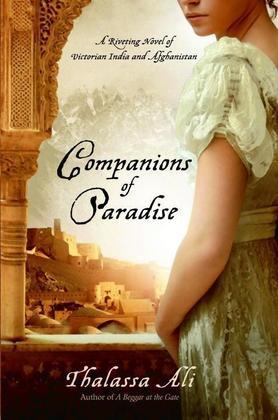 In A Singular Hostage and A Beggar at the Gate, Thalassa Ali introduced us to the lush, intriguing world of nineteenth-century British India—and to Mariana Givens, a brave, beautiful Englishwoman. Now, as vengeful Afghan tribesmen close in, Mariana must face the repercussions of her marriage to a Punjabi Muslim, and choose between the people she calls her own—and the life that owns her heart.

Mariana Givens aches to return to the rose-scented city of Lahore, home of Hassan Ali Khan, the Muslim stranger she has come to love, his mystical family, and his prescient little son. But her own reckless behavior has sent her into exile at the British cantonment near Kabul, on the eve of the First Afghan War. There, she embarks on a dangerous double life, pretending to be a proper young Victorian lady while secretly traveling Kabul’s violent, fascinating streets to visit the Sufi seer who possesses the answers she needs.

But the mystic’s help comes with a price, and her family wants her to marry a British officer. As Afghanistan descends into violence and her hopes of rescue fade, Mariana must make a fateful decision: can she abandon her old life and allow herself to be drawn toward her destiny—whatever it may be?


From the Trade Paperback edition.