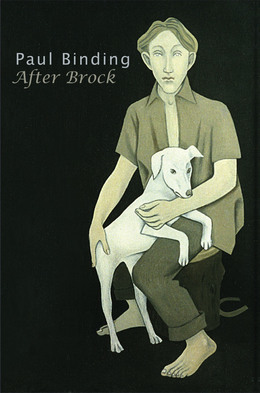 In Paul Binding's 'After Brock', Pete, a talented and intelligent schoolboy, though an outsider in both home and school life, enters and wins a quiz show 'High Flyers' a name that is to resonate throughout the rest of his life. One December night after watching his mother perform in the Mikado with a local amateur dramatics society he meets Sam, an attractive and flamboyant boy, somewhat of a misfit with whom his infatuation is instant. They begin a tempestuous friendship seeking a world removed from the difficulties of home life: Sam's alcoholic mother and Pete's frayed relationship with his unappreciative family. They confide in each other with almost everything. They become obsessed with UFO's and otherworldly phenomena, inseparable until one day they embark on a journey sparked by a sighting of something deep in the Berwyn mountains but this event leads to a terrible betrayal. Thirty-five years later Pete's own son, Nat, disappears and is found in that very same place. A scrupulous journalist appears and, suspecting foul play, is determined to find out what led Nat there and why