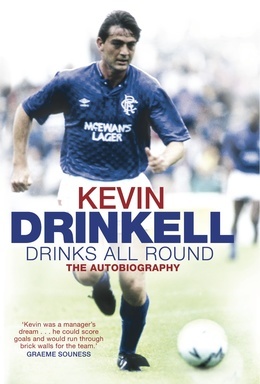 <div>Kevin Drinkell has always put himself in the firing line. Now he lifts the lid on his rollercoaster life in football - as a striker, manager and now as a top football agent. 'Drinks' was one of the most sought after talents in the British game and reveals for the first time how Grimsby Town blocked his move to some of England's biggest clubs, his goalscoring exploits at Norwich, how he knocked back Manchester United and his anger at being denied a move to Terry Venables' Spurs. He then headed north and joined Souness' Rangers revolution until the controversial arrival of Mo Johnston. Despite ending the season as the SPL's top scorer, Drinks decided to leave Rangers, a move which was to become one of the biggest regrets of his career. Kevin then headed for Coventry but his time at Highfield Road ended in disappointment which came to a head when he went to war with his friend and former Rangers team mate Terry Butcher. The veteran returned to Scotland to make his mark with Falkirk and Stirling and to begin life in football management and as a top football agent.</div>