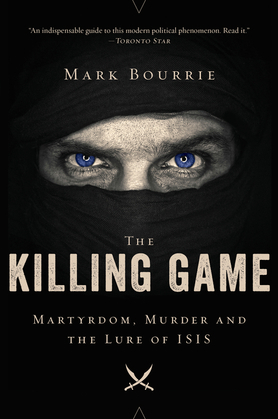 On January 21, 2015, a pro-ISIS Twitter account reported that John Maguire, a 23-year-old university drop-out from the Ottawa Valley town of Kemptville, had been killed fighting Kurds in the Syrian city of Kobani. A few weeks before, Maguire had starred in a YouTube video threatening Canada for bombing ISIS forces in Iraq. He is one of the dozens of young Canadians who have chosen to fight in a vicious conflict that really had little to do with them and with Canada.

Why would young people choose to fight in other people's wars, especially one as bloody and cruel as this one? Why has ISIS become so good at attracting foreign fighters?

This book examines the lure of this radical Islamist movement: its religious beliefs, sophisticated propaganda, and vast social media networks. ISIS is now a go-to cause for alienated young people in the Islamic World and the West. Does it offer answers to troubled young people? Are ISIS's crimes -- slavery, murder, rape, repression, and the destruction of heritage sites -- an attraction in and of themselves? What do we do about the people who take up ISIS's cause but stay in their home country? What do we do with the ISIS recruits who come home?

The Killing Game examines what draws young men and women to join violent social/political movements. It looks at the psychology of young men and women today and the propaganda used by all sides in the Middle East conflicts, as well as the security laws and the political initiatives that have been designed to stop Canadians from being radicalized.

From the irresistible lure of Marxist-Leninism of the 1930s through the ’60s and ’70s, and including the appeal of Nazism to young Germans in the 1930s, this book also investigates what it is that draws young people to join and fight for causes as different as the Spanish Civil War of the 1930s and the Red Brigades of the 1970s, but with an emphasis on the attraction of ISIS and radical Islam in our own time.