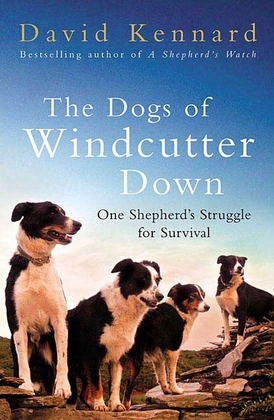 The Dogs of Windcutter Down

These age-old words of wisdom have always guided Devon sheep farmer David Kennard. But as he battles to save his farm from extinction, they take on a greater weight than ever.
The storm clouds are already gathering when Borough Farm suffers a series of disastrous setbacks that threaten the Kennard family's traditional way of life. Though the farm has survived foot and mouth disease, an invasion of stray sheep, and the threat of disease, a malfunctioning tractor and a sickly sheepdog all add to the farm's daily pressures. How much longer can they stay afloat financially? And will David be the last shepherd to tend his flock in this rugged corner of England? Is there a way to achieve the seemingly impossible---making a living through farming sheep in the twenty-first century?
A shepherd since the age of seventeen, David offers an honest and affectionate, often comic picture of life on his sheep farm. But throughout this gentle meditation on his family's rural way of life, David is in a fight for that life, and for the survival of his family and farm. He must rely---as always---on his faithful sheepdogs Greg, Swift, Gail, Fern, and Ernie. But even he is surprised when the dogs---and the new dog on the farm---exceed his expectations and prove to be Borough Farm's secret weapon.