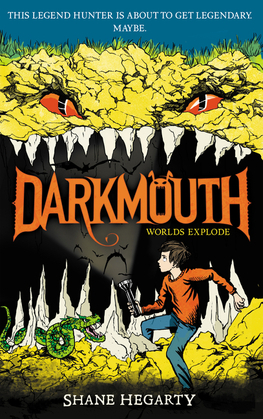 Legend Hunter–in-training Finn may be clumsy and uncoordinated, but nothing will stop him from saving his dad, who is trapped in a land full of the monsters that have plagued Darkmouth for centuries. Now Finn will have to journey between worlds to rescue him from the Infested Side.

The action-packed sequel to Darkmouth #1: The Legends Begin is a hilarious adventure filled with beasts of the winged, fanged, and hungry variety—perfect for fans of How to Train Your Dragon and The Hero’s Guide to Saving Your Kingdom.