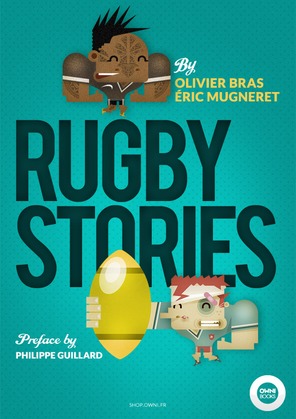 by Olivier Bras (Author), Eric Mugneret (Author)
Buy for $5.99 Excerpt
Nonfiction Nature, recreation and sports Sports & recreation Rugby
warning_amber
One or more licenses for this book have been acquired by your organisation details

During September 2011, Rugby fever is in the air for fans throughout the world. This year, the seventh Rugby World Cup will be played on the All Blacks’ turf in New Zealand. Olivier Bras and Eric Mugneret reveal the inside scoop and best tales of the “hooligans’ game played by gentlemen.”

Go behind the scenes to meet the men who shaped this legendary sport. Learn about indispensable players such as “The Bull,” “Super Mario,” and “The Carpathian Bus.” Relive the greatest achievements of the giant Jonah Lomu, and other warriors from New Zealand - renowned for scoring 1711 during 36 World Cup matches. Once again, the old world will have to play with determination to shake the pack from South Africa.

The event of the season is beginning to reach a boiling point - feel the heat with Rugby Stories !