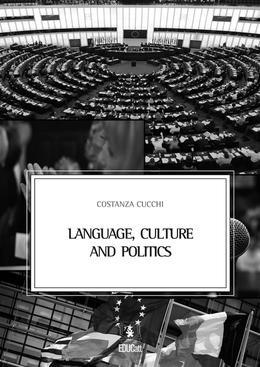 by Costanza Cucchi (Author)
Buy for €1.99 Excerpt
Nonfiction Languages study English as a second language
warning_amber
One or more licenses for this book have been acquired by your organisation details

First chapter illustrates how culture affects language use. Nowadays, English is used all over the world by people whose cultures differ widely. Their culture inevitably affects the way they behave and use other languages. In order to avoid misunderstandings, speakers of English need to be able to appreciate cultural differences. To this end the chapter presents the concept of culture and tools for the analysis of cultural differences.

In the second chapter some key aspects of the language of politics are explored and exemplified, with the aim of offering an insight into possible research paths. In fact, as highlighted by Beard in The language of politics (2000: 1), nowadays it is easy to find “good contemporary data”. Students, however, “sometimes find [it] difficult [to] know [...] what to do with the data” (ibidem).
After stressing the link between language and politics, the chapter examines the role of cohesive devices and of thematic progression in political speeches. The centrality of orality and of culture in politics and diplomacy is then underlined.

The third chapter provides an example of a study focused on the “influence of cultural values on human interaction and communication at a linguistic micro-level”, an aspect to which “little attention has been paid so far” (Guillén-Nieto 2009: 36). It is here shown that the extent to which native speakers of British English and of Italian use the informal expressions ‘and so on’ and ‘etcetera’ and their Italian equivalents ‘e così via’ and ‘eccetera’ may be related to cultural differences, notably to Hofstede’s (2003) power distance and uncertainty avoidance.