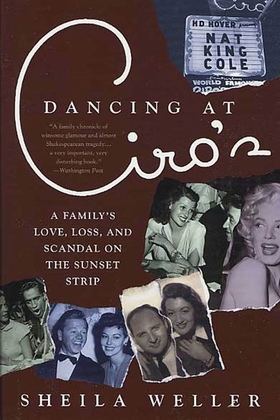 In 1958, young Sheila Weller was living a charmed life with her family in Beverly Hills. Her father was a brilliant brain surgeon. Her mother was a movie-magazine writer whose brother owned Hollywood's most dazzling nightclub, Ciro's. Then her world exploded after she witnessed her uncle's brutal attempt to kill her father.

In Dancing at Ciro's, Weller has written a deeply felt memoir of her family's life contrasted with those most glamorous days of Hollywood's forties and fifties. While vividly describing Lana Turner's, Frank Sinatra's, and Sammy Davis Jr.'s evenings--and breakdowns--at Ciro's, Weller casts a keen eye on her own family's turmoil and loss.