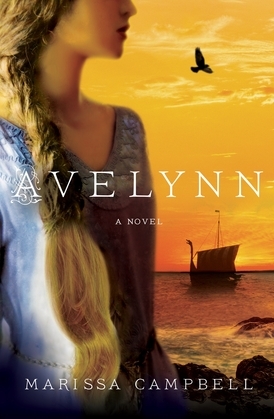 869. For eighteen years, Avelynn, the beautiful and secretly pagan daughter of the Ealdorman of Somerset, has lived in an environment of love, acceptance, and equality. Somerset has flourished under twenty years of peace. But with whispers of war threatening their security, Avelynn's father makes an uncompromising decision that changes her life forever.

Forced into a betrothal with Demas, a man who only covets her wealth and status, Avelynn's perception of independence is shattered. With marriage looming, she turns to her faith, searching for answers in an ancient ritual along the coast, only to find Alrik The Blood-Axe and sixty Viking berserkers have landed.

In a year of uncertainty that sees Avelynn discover hidden powers, stumble into a passionate love affair with Alrik, and lead men into battle, Avelynn must walk a fine line as her deceptions mount and Demas' tactics to possess her become more desperate and increasingly brutal.

Avelynn and Alrik are caught in the throes of fate as they struggle to find the way back to themselves and onwards to each other.