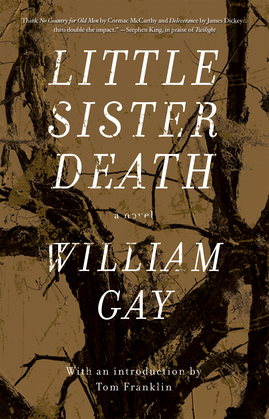 by William Gay (Author)
Fiction Occult & supernatural Gothic English literature American and Canadian literature
David Binder is a young, successful writer living in Chicago and suffering from writer’s block. He stares at the blank page, and the blank page stares back harder. So when his agent suggests maybe a lighter sophomore novel, maybe something genre that they can sell real quick and buy him some more time to pen his magnum opus, he’s quick to recall an old ghost story he once heard. With his pregnant wife and his young daughter in toe, he sets out for Tennessee with high hopes of indulging the local lore surrounding Virginia Beale, Faery Queen of the Haunted Dell and whiling away the summer away from life in the city. But as his investigation goes further and further, and the creaking of the floor boards grows louder and louder, the David Binder realizes he’s not only endangered himself, but also his wife and daughter.

A stirring literary rendition of Tennessee's famed Curse of the Bell Witch, Little Sister Death skillfully toes the line between Southern Gothic and Horror and further cements William Gay’s legacy as not only one of the South’s finest writers, but among the best that American literature has to offer.