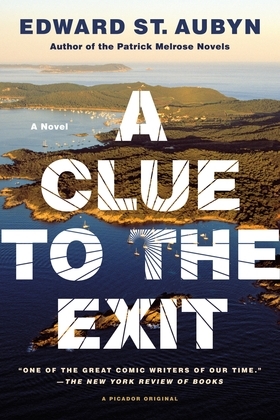 A Clue to the Exit

A beautifully modulated novel that shows Edward St. Aubyn at his sparkling best

Charlie Fairburn, successful screenwriter, ex-husband, and absent father, has been given six months to live. He resolves to stake half his fortune on a couple of turns of the roulette wheel and, to his agent's disgust, to write a novel-about death. In the casino he meets his muse. Charlie grows as addicted to writing fiction as she is to gambling.
His novel is set on a train and involves a group of characters (familiar to readers of St. Aubyn's earlier work) who are locked in a debate about the nature of consciousness. As this train gets stuck at Didcot, and Charlie gets more passionately entangled with the dangerous Angelique, A Clue to the Exit comes to its startling climax. Exquisitely crafted, witty, and thoughtful, Edward St. Aubyn's dazzling novel probes the very heart of being.