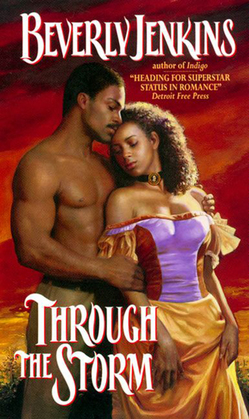 Raimond Le Veq needed to marry to gain his inheritance and restore the fortunes of the House of Le Veq, the proud Black New Orleans family whose wealth had been ravaged by the War Between the States. Still wounded by the double-cross of the only woman he ever came close to loving, he gave the choice of bride to his mother. But he never be expected that she would pick Sable Fontaine--the beautiful former slave he could not allow himself to trust again.

Betrayed and sold to a cruel neighbor, Sable did whatever it took escape. With the spirits of her royal African ancestors guiding her, she made a bold bid for freedom, and won. But along the way she had to hurt the charming Union Major Le Veq, who had romanced her and championed her. Now fate has brought them back together in a marriage of convenience. Can she convince Raimond she was never a Rebel spy, and that this time, she'd choose him above all else?